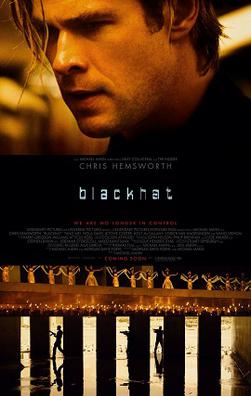 Most of you probably forgot this film existed. It’s ok, it was a box office bomb, mauled by critics and pulled from a bunch of regions-but I’m one of its supporters. It’s a Michael Mann neo noir thriller involving hackers, and if you’re a Michael Mann fan like I am-you’re familiar with his great action scenes in Last of the Mohicans, Heat, Collateral, Miami Vice and Public Enemies. Blackhat has only a few great sequences, one being the final showdown with knives and a sequence where Mann can make only two points of action exciting. But the best scene in the film is a 3 way shootout between the main heroes, the bad guys and Chinese police, with geography perfectly outlined and the sound kicked really well. There’s rising tension, weapons feel dangerous and the dread is palpable. If you didn’t see this film, watch at least this.

Mission Impossible is a film series with amazing set pieces since the original’s Langley Heist. Mission Impossible: Rogue Nation has 3-the opening which is a masterwork of comedy, the entire second act finale with 3 set pieces in one, but it’s the Opera sequence that’s the best. It was the most difficult to pull off for the team, but the effort shows. The goal is clear, the geography handled perfectly, the stakes are high and the music playing in the opera keeps everything running perfectly. Tense, sexy, action packed and visually imaginative-it’s awesome.

This film is one of the most thrilling experiences in cinema, combined with pure artistry. From the famous bear attack, to that horse chase and final knife fight-this movie hit the perfect mark for me with its opening sequence. A Native American ambush on pelt traders with clear geography (the foundation for any great set piece), brutal kills, excellent performances, a haunting tone and some of the best cinematography ever put to screen. Most of you have seen this one and know exactly what I’m talking about.

This entire movie could count as an extended chase scene set piece, but I’m not gonna cheat. Every action scene in this movie is perfection, but to pick the best one-I’ll go from the sequence where the Russian Buzzards show up to when the Sandstorm is about to hit. That sequence shows us a ton of characterisation, world building, has some tension in that there’s the buzzards, Furiosa and her unaware war boys, and Immortan Joe’s war boys. It’s the first huge set piece of the best action film ever made, and it’s done perfectly. Cinematography, geography, pacing, violence, stunts, effects and score.

Despite the score and scale of the other films, Sicario was the one with the best set piece. It’s a film that has continued to grow on me from merely a very good film, to a soft masterpiece. And even with the opening raid and final “Dinner with the Devil’ scene, the border shootout was the ultimate scene of all 2015. First there’s the intense and insanely Hitchcockian build up of the retrieval mission, and only at the last minute does the ambush by the bad guys happen. And when it happens, it’s no Matrix lobby shootout or Saving Private Ryan massacre-it’s a continued stand off with executions. It plays more like a horror film with frightening jump scares thanks to  Denis Villeneuve’s direction, Roger Deakin’s cinematography and pitch perfect performances.